A spice chess pie with a chocolate cookie crust inspired by Petty Magic, by Camille DeAngelis.

Do you ever look back on the first time you met someone important to you and sort of smile knowingly at your past self? It’s so adorably sweet that memory-me has no idea how her life is about to change now that this person has arrived. She’s usually too busy checkin’ out their butt. Similarly, I look back at the Hanna who almost didn’t buy Petty Magic (because she wasn’t sure if she could justify another book purchase) and chucklescoff. In a few short weeks she will devour this book in one sitting, on an airplane, pausing in the darkened cabin somewhere over the Atlantic while everyone else is sleeping to clutch this book to her chest and thank the universe for sending it to her.

When I recommend Petty Magic to people (which I’ve been doing a lot since reading it) I describe it as Practical Magic meets Atonement, with a backwards dash of Howl’s Moving Castle and great dick jokes. And if that pitch doesn’t reel them in I guilt them into reading it by just gifting them a kindle copy.

Evelyn Harbinger is a one-hundred and forty-nine year-old beldame (a witch, basically) who, in the twilight of her life, is entitled to a little bit of carefree fun with the last of her magical oomph. The way Eve chooses to spend her petty magic is by shedding her old lady hide and going out on the town on Friday nights to terrorize/seduce the men of New York City as her stunning younger self. Her eldest sister, Helena, owns a bed and breakfast in New Jersey and, while visiting, Eve learns that her favorite local curiosity shop will be run by the owner’s nephew for the summer. But when she arrives in all her former youthful glory ready to start a summer fling, Eve finds that this boy, Justin, is a dead ringer for her great love Jonah, Eve’s partner from when she spied for the allies during World War II. The narrative is masterfully split between Eve’s current conundrum, falling for this boy against her better judgement, and the story of how she loved and lost Jonah back in the 40s. 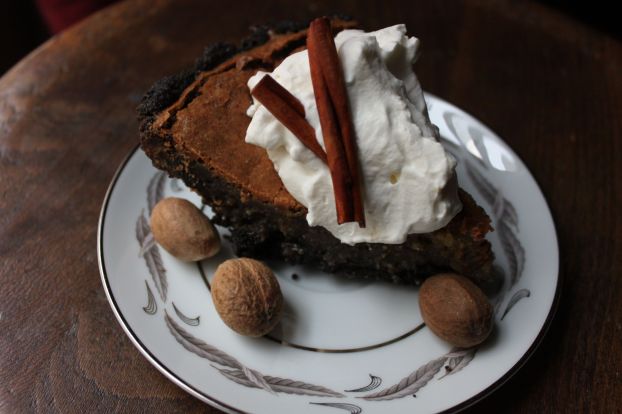 The use of magic in this book is discreet, but I would hardly call its effect on the story “petty.” The premise is so simple, and yet DeAngelis uses Eve’s mercurial sense of age and appearance in a much grander design.

Eve’s weekend jaunts as her young self start out as a quirky and amusing premise, but is executed in a tense, unexpected, highly imaginative way. Eve’s relationship with Justin is fun and light on the surface (where they are both young, honest people), and humorously unsettling for the audience who knows Eve’s true nature. (I kept thinking about who I would cast in the movie version and which voluptuous young starlet had the comedy chops to hide a wrinkly old hag beneath heaving bosoms. How fun would that doubling be to play!) There is a real danger that Justin will discover her secret, and what then? Even though it’s a bit lecherous and creepy on paper, you want Eve to be with Justin, you want her to be happy. Eve’s voice is too mature for her to be in her twenties, but more vivacious than you would expect from a one-hundred-forty-nine year-old; to say she is “a well-rounded character” feels inadequate. More than just dichotomies (she’s crone and maiden), she contains the multitudes that real women have but are so often stunted in literature and her traits cannot be shuffled into “good” or “bad” categories. The selfishness that spurs her to pursue Justin against her better judgment and her family’s wishes is what also made her a resourceful spy and survivalist. Her vanity is an amusing little indulgence, but hides a true (insecure) romantic. Ultimately, you want Eve to be happy because it means that there is hope for your sorry, wonderful, imperfect but still good lookin’ ass (I know it’s good lookin’, I checked when you came in). More than anything she is proof that you’re never too old to feel insecure. It is an equally heartening and heartbreaking look at the universal desire to be loved.

Eve’s eldest sister and coven leader Helena comes under scrutiny, suspected of killing her husband many decades after the fact. While Eve and the rest of the Harbinger clan panic and attempt to clear her name, Helena continues to run her B&B and care for her guests and family. While I wish I was a little ballsier like Eve and related to some of her insecurities, I think objectively Helena and I are very similar: eldest sisters who have a penchant for baking and who pull their strength from a place deeply rooted in their family and home. Helena’s specialty is ambrosia cake, a magical confection that tastes like the eater’s favorite flavor of cake, so everyone tastes something different. When Justin first comes to the Harbinger home at Christmas/Saturnalia, (young) Eve cuts him a slice of her sister’s cake and he tastes a nutmeg spice cake with ginger, cinnamon, and a chocolate crust that his grandmother used to make.

Crust I can work with! I started with an easy Oreo cookie crust and chose a chess custard for the filling. I favor chess custard for the most part because it is extremely easy to adapt, like a blank culinary canvas which can be altered and spiced to suit your desired flavors. And, of course, as with anything that Evelyn Harbinger does (sad? happy? thinking?) there has to be a little whiskey. The result was a surprisingly earthy but still aggressively sweet pie with an muddy crust and a rich, smoky custard. Perfect for the witch who enjoys getting down and a little dirty every now and again.

For the crust, mix the cookie crumbs, butter, and sugar together until grainy. Press into the bottom and up the sides of the pie pan, prick the bottom with a fork. Pre-bake for about ten minutes. The Oreos might get a little soggy with the butter and slide down the side, if this is the case when you remove the crust, use a fork to push it back up the sides (it’ll be squishy and easily malleable). Allow to cool.

In a bowl, whisk all of the custard ingredients together. Pour the custard into the cooled crust and bake for an additional 45-50 minutes until the center has risen, browned, and will jiggle only slightly when shaken. Allow to cool (it will deflate), refrigerate for several hours, and serve with whipped cream (with another dash of whiskey). Enjoy this pie with the windows open, especially just after a summer rain, perhaps while reclining in something sexy (sweats or lingerie will do), relishing how utterly beautiful you are.